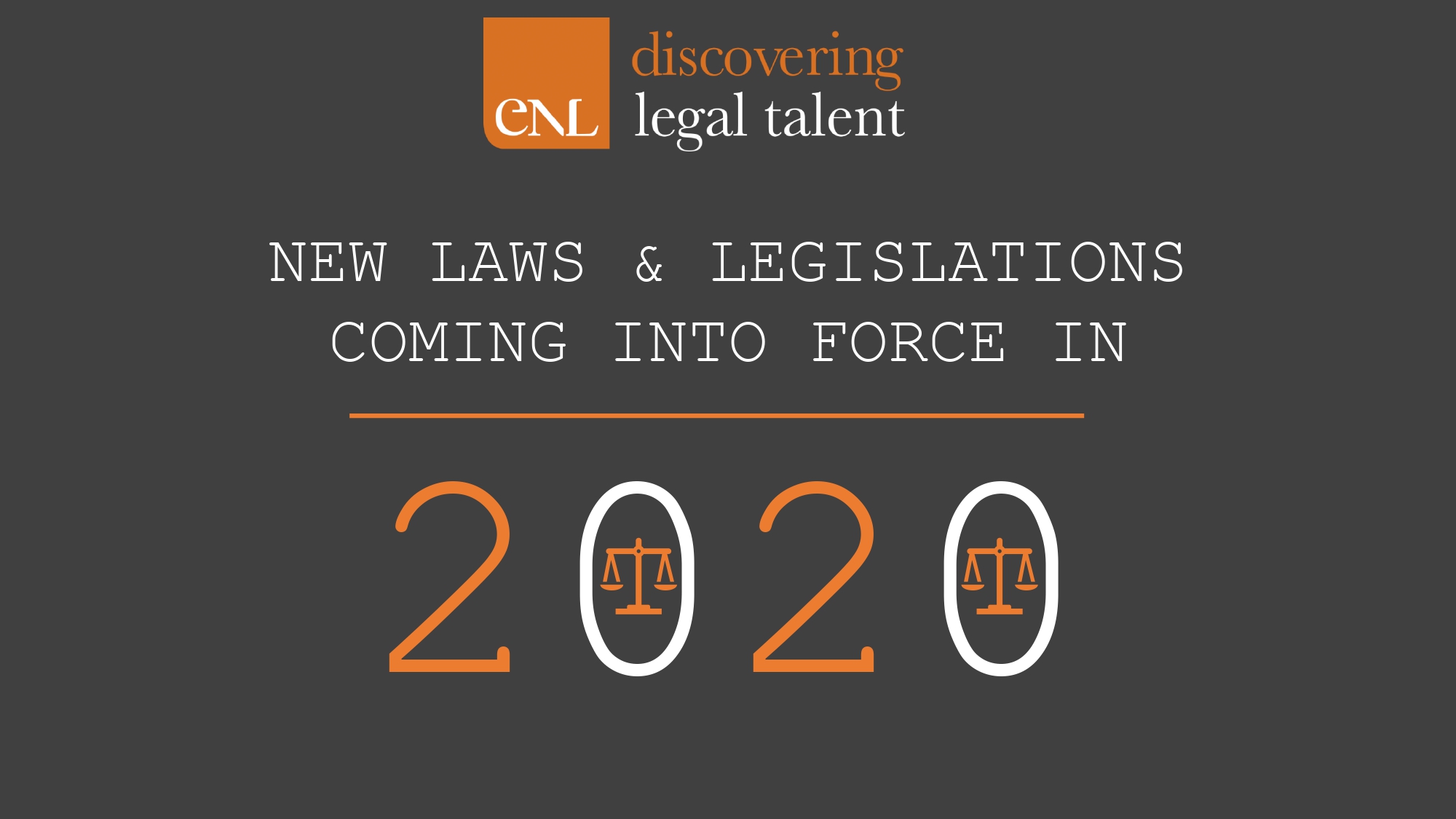 20 new laws and legislations coming into force throughout 2020!

2019 was a turbulent year for the UK with Brexit, the election and a new Prime Minister, we have seen many new rulings which have been repeatedly chopped and changed including the date we’re going to leave the EU!  Despite all this, there are plenty of changes coming into force throughout 2020, here are 20 changes that could affect you and your family. 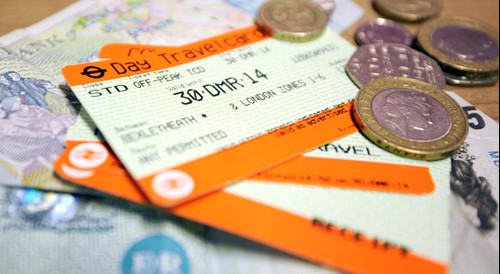 Rail fares are to jump by an average of 2.7% as the latest inflation-linked hike kicks in.

Some long-distance commuters will see the annual cost of getting to work increase by more than £100 on 2 January.

Northern Ireland's ban on same-sex marriage will officially come to an end, after Westminster politicians stepped in and changed the law.

The first civil same-sex marriages are expected to take place on the week of Valentine's Day.

The Welsh Government is planning on a new law setting minimum alcohol prices.

Currently set to come into force on March 2, 2020, Ministers want retailers and bars to charge a minimum of 50p per unit - meaning a can of cider could cost at least £1 and a bottle of wine, £4.69.

Health Minister Vaughan Gething confirmed the start date in a statement to Assembly members in October.

The policy has already been delayed from last summer.

Hundreds of thousands of homes and businesses have the choice of slow broadband, hideously expensive broadband, or no broadband.

That's set to end for many with a new right called the Universal Service Obligation.

From March 20, anyone can request a connection that can deliver 10 megabits per second (Mbps) download speed and 1 Mbps upload speed and costs less than £45 per month.

If you don't have internet of this quality, you have the legal right to request it, as long as the installation would cost less than £3,400.

If it costs more, you can still have broadband installed but may have to pay the excess cost.

The scheme is being administered by BT and KCOM in Hull. Once a request is made, there are set standards for how quickly they must assess and deliver on requests.

Abortion is made legal in Northern Ireland

From the end of March, women in Northern Ireland will be allowed to terminate pregnancies without fear of prosecution.

That means the region will be brought in line with the rest of the UK by the beginning of April.

The change was approved by the UK Parliament as part of the Northern Ireland (Executive Formation) Bill - introducing the law in the absence of the collapsed devolved government.

From April, abortion services will be available from two hospitals. Buffer zones will be in place to prevent protests outside the centres.

Property owners can already face Council Tax bills increasing by 50% if they leave properties vacant for more than two years.

And from April, that figure increases to 100% - potentially doubling the charge for homes left empty for long periods of time.

Hospital parking charges for thousands of NHS patients and staff will be scrapped in England from April 2020.

Blue badge holders, frequent outpatients and parents of sick kids are among the groups that will benefit from the Tory pledge.

But not all NHS staff and patients will get free parking, as they would have done under Labour's plans.

Instead of being scrapped altogether, the £272m-a-year paid to park at NHS hospitals will be scaled back by just under a third, saving patients and staff up to £99m a year. 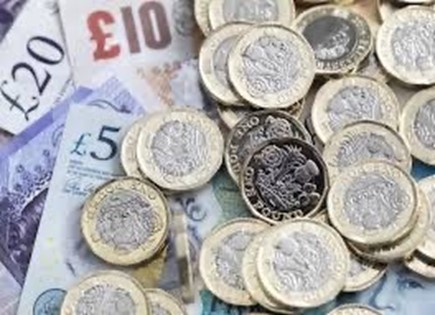 The minimum wage will rise after April, it is expected that the following hourly rates will apply:

Changes to rights for agency and gig economy workers

Currently, when people who earn varying amounts of money from week-to-week - particularly those on flexible contracts - take a paid holiday, the employer must pay them holiday pay which equates to the average weekly wage they earned over the 12 weeks before that holiday.

From April 6, 2020, that is changing. Employers will have to calculate the average weekly wage from an entire year - 52 weeks - rather than just 12 weeks.

The reform is intended to improve the holiday pay for seasonal workers, who tend to lose out over the way it is currently calculated.

National Insurance is cut by up to £85 a year

From April, you will pay no national insurance contributions on the first £9,500 of your earnings - up from £8,632 at the moment - working out as a saving of around £85 a year.

The move has been criticised for falling short of the £500-a-year Boris Johnson promised, and only helping better earners who are already over the threshold.

For others it's not quite the all out win you might think - with the move meaning some of the worst off might now miss out on some of their state pension as a result.

Families will be able to pass £1m of their wealth without Inheritance Tax when they die.

Currently someone who dies can leave £325,000 of their estate tax-free.

People paying back student loans get a minor tax break in April too.

State pension will rise by 3.9%

The state pension will rise by 3.9% from April - more than double the rate of inflation.

Such an increase means pensioners can expect a rise of just over £6 per week on the New State Pension from the current rate of £168.80.

But hundreds of thousands of over-75s will see around half their pension rise wiped out by the cost of paying for their own TV licence, after the benefit was scrapped.

The end of free TV Licences for over 75s

TV Licences are free for over 75s, but from June 1 you'll only get one if you're receiving Pension Credit.

Around 3million households are set to be affected.

But the Tories were slammed for breaking their promise to protect the benefit by handing over responsibility for it to the BBC.

The state pension age will finish rising to 66

From October you'll need to be at least 66 to get a state pension - whatever your gender.

The age people can retire at has been rising for years - starting with increasing women's state pension age until its matched men's, then increasing both from 65 to 66.

Millions will start being moved onto Universal Credit

The limited pilot scheme for migrating existing benefit claimants onto Universal Credit is set to finish by July 2020 and begin rolling out across the country shortly after. Current plans suggest it will take until 2023 until the system is fully up and running.

From July claimants moving from Income Support, income-based Jobseeker's Allowance and Employment Support Allowance will get an extra two weeks of support from their old benefit while they transition onto Universal Credit.

After almost a decade of freezes and caps, about 2.5 million people on Universal Credit and millions more on legacy benefits will get a 1.7% increase in April.

Local authorities will get the power to raise council tax by up to 4% from April - 2% for general spending and 2% for social care.

That's worth an extra £70  on the average band D council tax home in England.

Council-by-council rises will only be confirmed in February and March.

The deadline for EU citizens to apply to stay in the UK...if there's no Brexit deal

EU, EEA or Swiss citizens can apply for 'settled status' to continue living in the UK after June 2021.

The scheme is open now and will remain open until June 30th...unless we leave the EU without a deal.

If that happens, the deadline comes forward to December 31, 2020.

The new law comes into effect in the spring of 2020, and basically flips the current arrangement, which means someone must have opted in to agreeing to donate their organs before they die, or their family must give permission.

The new law will mean that consent will be presumed unless people have opted out. From the Spring of 2020, you'll have to carry a card to say you don't want to be a donor.

There are excluded groups from this: children, those judged not mentally fit enough to make that informed choice, people visiting England or someone who hasn't lived here in England for more than year.