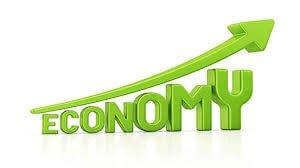 Despite the widespread volatility, the global economy is currently in pretty good shape with markets finishing 2017 on a high. But what does this mean for 2018? Can the hot streak continue? Here’s a closer look at the types of economic changes you can expect for 2018.

Insolvencies on the increase

Despite the positive end to 2017, on an individual level the picture doesn’t look so rosy and experts are expecting the trend to continue.

During 2017 personal insolvencies climbed by 9.4%, the second year in a row that an increase had been seen.

Prior to the last two years, the number of individuals affected by spiralling debt had been decreasing, dropping steadily since the end of the financial crisis. However, personal insolvencies are back up to the levels seen around 2013 and the situation isn’t expected to improve in the coming months.

It’s not just personal insolvencies that are rising; the number of companies going bust also shot up in 2017.

The cost of living is having a significant impact on the ability to manage debt and with wages dropping in real terms, during 2018 all the forecasts suggest there will be more changes for the worse.

Bank of England to halt base rate rises

Although the Bank of England chose to increase interest rates at the end of 2017, during 2018 this trend isn’t set to continue.

The hike to 0.5% marked the first rise in more than 10 years but Mark Carney, the Bank of England governor, has warned markets not to expect a series of rapid increases. Instead, the small increase has widely been described as being a correcting factor, reversing the drop which took place shortly after the Brexit vote. Many economists now feel that the drop in 2016 was unnecessary, a view shared by Mark Carney.

This means good news for those with a mortgage who were fearing rocketing payments, but bad news for savers who will continue to see their money dwindle in real terms compared to the cost of living.

Over the next couple of years, very modest increases in the region of 0.25% are expected but not until the latter part of 2018 at the earliest.

The evolution and rise of cryptocurrencies such as Bitcoin have been meteoric in recent years, with some investors tripling their money many times over. Awareness of the alternative method of payment has now moved into the mainstream, with a growing knowledge and interest from the public.

Cryptocurrencies remain volatile and vulnerable to sudden spikes and crashes in value. So much so in fact, that some providers have banned customers from using their credit cards to purchase cryptocurrencies, with others closely monitoring the position. However, despite this nervousness, the use of cryptocurrencies is expected to continue to rapidly expand.

Flat money-based economies, such as the UK, are expected to be particularly suited to the introduction of cryptocurrencies and experts predict that 2018 will see the start of global organisations such as Facebook, Apple and Amazon starting to move towards the technology.

A year of volatility

The economic predictors for 2018 and beyond are giving out mixed messages, with some signs of limited growth combining with warnings of the Brexit effect. While 2018 may not be the year of doom and gloom that some predicted, it’s clear that the UK still has many challenges ahead with a cautious approach necessary in all areas.